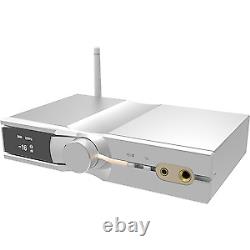 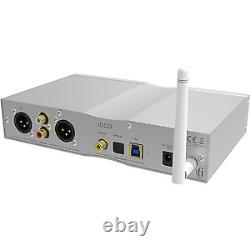 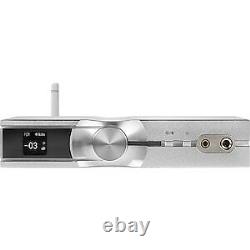 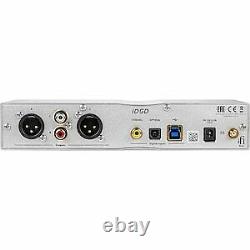 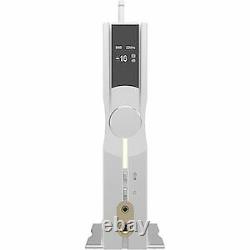 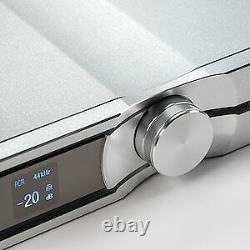 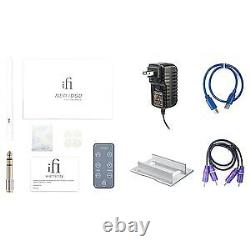 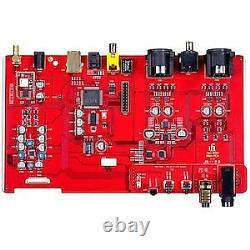 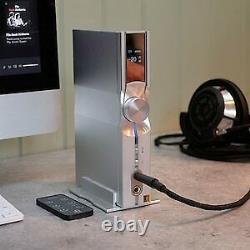 One such important component is the XMOS chip that processes the audio data received via USB or S/PDIF digital inputs. The NEO iDSD uses a newly developed low-latency XMOS microcontroller with greatly increased processing power. Compared to the current generation of 8-core chips, this new 16-core IC delivers twice the clock speed (2000MIPS) and four times the memory (512KB), while also complying with the latest SuperSpeed USB standard.

This XMOS firmware is programmed by iFi's in-house digital development team to optimize sound quality and ensure a perfect combination with Burr-Brown DACs. A wide range of other jitter rejection technologies are applied to the digital stage, including iFi's GMT (Global Master Timing) femto-precision clock and intelligent memory buffers. In addition, iFi's Gibbs Transient Optimised (GTO) digital filter is incorporated. All formats at the highest quality.

Support for the highest high-resolution audio formats is provided, including 32-bit PCM formats up to 768 kHz, DSD up to DSD512, and single-speed and double-speed DXD. The four-channel "true native" design of Burr-Brown's DAC chips allows PCM and DSD to be routed separately, so that both DSD and PCM are sent for analog conversion in a "bit-perfect, " or native, form.

This is not something you will find in many other brands of DAC devices. Even though they claim to be DSD capable, many of these DACs convert the DSD signal to PCM. The MQA format used in TIDAL "Masters" and MQA-CD is also supported via USB and S/PDIF (coaxial and optical) inputs, and the new 16-core XMOS chip enables full MQA decoding up to 384 kHz. This means that not only the final "unfold" by the MQA renderer, but also the full decoding process with "three unfolds" is performed internally. Not only for TIDAL Masters, but also for MQA local playback and MQA-CD playback using a CD transport, NEO iDSD's full MQA decoding is a great way to get the most out of the excellent sound. Bluetooth like you've never heard it before.

When iFi launched ZEN Blue and Aurora, it became the first audio brand to use Qualcomm's new QCC5100 Bluetooth IC. We combined this chip with dedicated circuitry to create an aurally superior "Bluetooth engine" that we have now incorporated into the NEO iDSD.

It supports all current high-resolution Bluetooth audio codecs, including Qualcomm's aptX Adaptive and aptX HD, Sony's LDAC, and Huawei's LHDC. Other codecs supported are regular aptX and aptX Low Latency, AAC, and SBC (a "very normal" Bluetooth codec). This means that it supports all codecs possible within the Bluetooth standard. In addition, iFi's "Bluetooth engine" can be updated wirelessly, so more codecs can be added to the NEO iDSD in the future. The NEO iDSD can "remember" up to seven pairings with Bluetooth devices, making it easy to switch between devices, and with the latest Bluetooth 5.0 standard, there is no shortage of reception range.

It also supports the sampling rates of current high-resolution Bluetooth codecs. These codecs have 24-bit processing power, up to 48kHz for aptX Adaptive and aptX HD, and up to 96kHz for LDAC and LHDC. PureWave Circuit Design - Balance of Power. The NEO iDSD uses a newly developed balanced symmetrical dual-mono topology to provide a short and direct signal path. This was developed specifically for the NEO iDSD, and iFi calls this circuit design "PureWave".

IFi calls this circuit design "PureWave", a name that describes the pure sound achieved by exceptional linearity and minimal noise and distortion. The headphone amplifier stage strikes a balance between power and stability no matter what type of headphone you are driving, from sensitive in-ear monitors to planar headphones that demand huge amounts of current. The balanced headphone socket is capable of continuously delivering over 1000mW at 32 ohms.

To maintain the highest resolution, the volume is adjusted in the analog domain via a resistor ladder controlled by a precision microprocessor. The NEO iDSD is equipped with three digital input terminals. The NEO iDSD has three digital inputs: asynchronous USB-B, S/PDIF coaxial, and S/PDIF optical. These three devices can be connected at the same time, and can also be connected via Bluetooth. The balanced output allows you to take full advantage of the NEO iDSD's fully balanced circuitry.

Size: 214 x 146 x 41mm. We are located in Japan. It's our pleasure to make you happy by proposing our recommend item.

If you have any questions or request about items, please feel free to ask us. International Buyers - Please Note. ·We do not mark merchandise values below value or mark items as "gifts" - US and International government regulations prohibit such behavior. This item is in the category "Consumer Electronics\TV, Video & Home Audio\Home Audio\Receivers & Amplifiers\Amplifiers & Preamps".

The seller is "358rc_av_japn" and is located in this country: JP. This item can be shipped worldwide.